This exhibition includes bodies of work that portray enslaved people in a derogatory and often racist manner. One such work is the engraving and etching entitled A Harlot’s Progress, Plate 2, only affords a young Black servant space at the edge of the frame. We draw a comparison between the stereotypes of Black women in A Harlot’s Progress and the extremely racist Land Stores etching. The latter depicts a Black woman as a prostitute amongst white male soldiers.

Conversely, figures in the federal government, such as Chief Justice John Marshall and President James Polk, had undeniable influence over the institution of slavery. The objects represented–John Marshall, Chief Justice of the United States Supreme Court and Dessert Plate (from President James Polk’s White House Service)–however, do not fully convey the power of enslavers over enslaved people. The hidden narratives, once again, reveal an under-representation of enslaved labor before the Civil War. This lack of representation in many forms, including museums, persists to this day.

This engraving and etching is one of six that depict the fate of a country girl as she descends into prostitution. A Black child in fanciful costume holding a tea kettle appears almost unnoticed in the corner. What makes this piece more profound is its references to commodities and subtle notions to sugar production through slave labor. 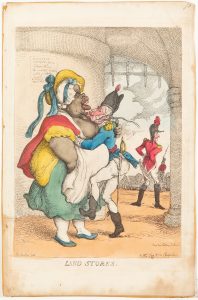 An alternate etching depicts stereotypical, racist imagery of a provocative African American woman among white male soldiers. The derogatory piece offers discussion into Black figures in art while juxtaposed against another print of a similar time but with a different stereotype of servitude. 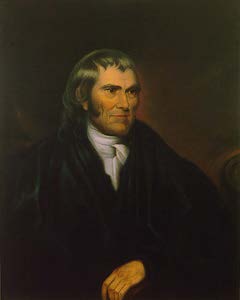 Chief Justice John Marshall has significant influence over the foundations of the American government, and many of his decisions impacted the continuation of slavery. Despite believing that slavery was evil and representing enslaved people pro bono, he declared laws that perpetuated institutional slavery constitutional and was a slave owner himself. 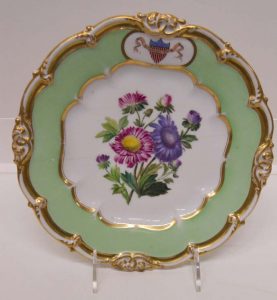 Commemorative of President James Polk’s four-year term in office, this ornately gilded dessert plate resided in the White House during the tense years prior to the Civil War. With its floral motif, Polk’s choice of dinnerware fails to reflect the well being of enslaved persons serving both in the White House and on his Tennessee plantation, all the while war loomed on the horizon. 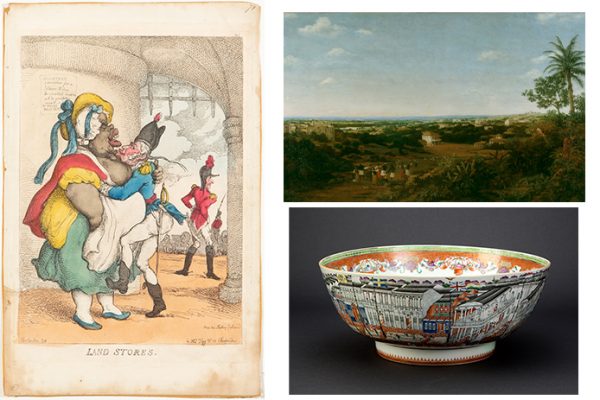